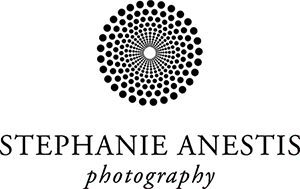 This post about Greece is focused on a specific place, rather than a specific color (see Greece blues).  About two and a half hours from Athens is Delphi, a beautiful hilly region covered in olive trees (in the last photo, all the green you see is olives, and locals call it “the sea of olives”), said to have been chosen by Zeus as the navel of the earth.  Delphi also has great historical significance as the site of the Oracle, a prophetess whose words of wisdom were said to come directly from the god Apollo.  For hundreds of years starting almost a thousand years BC, a local woman served as the Oracle, dispensing political and personal advice to travelers from hundreds of miles away.  The Oracle’s influence was so great that wars and political deals were never undertaken without a consultation, and neighboring countries also respected her influence, including Egypt and the early Romans.  Although the site was inhabited even before the Oracle’s influence became widespread, a whole community built up around the Oracle thanks to the constant flow of travelers and offerings, including hotels, vendors, and theaters (and a stadium, site of the Pythian games).  The Oracle–informed by local priests and politicians, who always sought to protect the interests of the area–often gave ambiguous advice that could be interpreted in more than one way, thus preserving her reputation for foreseeing the future.  The women who served as the mouth of the Oracle were in trance-like or crazed states and sat on a tripod over a crevasse, and some historians believe that ethylene gas may have been emitted in larger than normal quantities from this crack in the rock; others believe there is evidence for the ingestion of oleander to create epileptic-like symptoms.  I’m sure that added to the effect!  There are also stories of supplicants being required to ask their question in an antechamber before meeting the Oracle, with shafts created specifically so that the decision-makers could hear the question in advance, and advise the Oracle how to respond.  It’s a fascinating history, and also a stunningly beautiful place to visit.  If you go, go in the late afternoon–at that time the tour buses have left, the light is soft, and the heat has dissipated.  We were almost alone there, and it felt magical! There are several stray dogs that spend their days getting treats from tourists at the site.  In the evenings they wander over to the village for taverna leftovers.  We named this one Nippy (he was a little mouthy, though in a playful way), and we saw him later in the evening in town (and gave him ice cream). The preservation of some of the structures is incredible!!!  This is an ancient treasury. It’s a long walk uphill all the way to the stadium, but the paths are really nicely maintained. Here you can see how many levels there are of Delphi.  We were only halfway up, and the kids are looking down at the treasury pictured above. The kids had some duels in an ancient theater :).  It’s so fun to imagine it full of spectators.  There’s something amazing about walking on the same stones that people walked on 3000 years ago. The stadium site, home of the Pythian games, precursor to the Olympics. Posted in Great outdoors, Travel
« Gerry turned 7!
#1 and #2 welcome #3! »
CONTACT MEIF YOU'RE READY TO BOOK OR JUST FIND OUT MORE,
GET IN TOUCH WITH ME BY CLICKING BELOW!